To share your memory on the wall of Wayne Greene, sign in using one of the following options:

Print
Wayne Alfred Greene, beloved son of Addie Greene and the late Clarence Greene, was born on January 16, 1960 in Brooklyn, New York. He was called by God to eternal rest on October 28, 2020.

Wayne was educated in the public school system i... Read More
Wayne Alfred Greene, beloved son of Addie Greene and the late Clarence Greene, was born on January 16, 1960 in Brooklyn, New York. He was called by God to eternal rest on October 28, 2020.

Wayne was educated in the public school system in Brooklyn, New York. He spent many of his youthful summer days with his grandmother, Ophelia Boulds in Accomac, where he relocated with family as an adult. Upon his return, he joined the congregation at Macedonia AME Church.

Wayne had been an extended term resident of the Parksley Nursing & Rehab facility. He endured his physical and life challenges with patience and optimism, yet he consistently called family and friends with words of encouragement, as their situations dictated.

Wayne liked to watch sports and movies on television. He enjoyed music as well. However, he found his greatest pleasure from telephone conversations with family and friends, so much that he needed to replace his phone at least twice a year. Wayne also looked forward to the fellowship with his church family during special events and communion Sundays. When he was visited by his late brother, Clarence or his mother, bearing “treats” he would flash a million dollar smile!

To send flowers to the family or plant a tree in memory of Wayne Alfred Greene, please visit our Heartfelt Sympathies Store.

We encourage you to share your most beloved memories of Wayne here, so that the family and other loved ones can always see it. You can upload cherished photographs, or share your favorite stories, and can even comment on those shared by others.

Posted Nov 03, 2020 at 05:53pm
To Addie and Family,
Please know that you have my deepest sympathy. All of us must pay the same debt that Wayne paid. In your thoughts of his memories, I refer you to the 23rd Psalms, there you will find strength and comfort to keep you going.
God Bless You,
Marcie
Comment Share
Share via:
JG

Posted Oct 29, 2020 at 07:25pm
Wayne Greene you are definitely gonna be miss. You were always playing your old school music.I walk into your room one day. And you were playing Gladys Knight & The Pips. I was even dancing to the music. All you did was laugh at me😊 Shorehealth Rehab. Center B wing staff definitely gonna miss you. Soar your wings and get on tht MIDNIGHT TRAIN TO GEORGIA!
REST IN PARADISE WAYNE GREENE 😇
YOU'LL FOREVER BE MISS!
JACKIE GODWIN

Wayne I will truly miss you. I always thought of you as my third Miss Addie my heart goes out to you. as always your friend Gerry Reilly 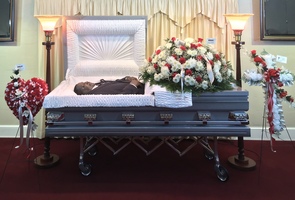 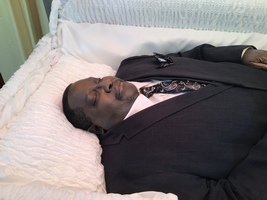 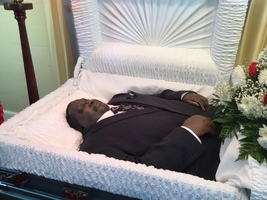