To share your memory on the wall of Matthew Mitchell, sign in using one of the following options:

Print
MATTHEW MITCHELL was born on February 20, 1978 in Brooklyn, New York to Harvey Mitchell, Sr. and Geraldine Williams. He departed this life on Saturday, May 8, 2021, due to a fatal car accident.

MATT, as he was affectionately known, was ... Read More
MATTHEW MITCHELL was born on February 20, 1978 in Brooklyn, New York to Harvey Mitchell, Sr. and Geraldine Williams. He departed this life on Saturday, May 8, 2021, due to a fatal car accident.

MATT, as he was affectionately known, was educated in the New York City Public School system, where he learned several skills, as well as played football during high school. MATT was always a happy child growing up. He had several nicknames, such as “Mr. Moonie” and “Hemo,” given to him by his Aunt Sandra and his Uncle Meat “James Ruth.” As a young child, MATT, as well as his brother, Harvey, Jr., and his sister, Joan Makeba, came to live with their paternal grandparents. He loved his Grandmother Elaine and would always say, “he was her number one,” because she was always protecting him from everyone.

During his teenage years, MATT met Tyeesha McDonald and they began to date. His first child, Monique, was born during this relationship and soon after their son, Tyshawn. In 1997, MATT joined the U.S. Army and after serving two years, he received an honorable discharge. Later, MATT moved to Georgia to be with his brother, Harvey and eventually moved to Florida, where he attended Seminole State College Center. After several years of living in Florida, he returned to New York where he began his working career. MATT worked at several organizations, including one in Connecticut, where he met Kimberly James. They had two children, Nasir and Imani, during this relationship.

After many years of working hard and taking care of his family, Matt decided he needed a change and moved to Temperanceville, Virginia to be closer to his grandfather. Although Virginia was a slower pace than what he was used to, he decided to stay and make a life for himself, developing a fondness for peace and quiet and a place where his children could visit.

MATT was preceded in death by his great-grandparents, Rufus and Oleavie Mitchell; grandmother, Elaine Mitchell; and brother, Harvey Mitchell, Jr.

God saw you getting weary, so He did what He knew best,
He came and stood beside you, and whispered, come and rest.
You wished no one a last farewell, nor did you say goodbye.
You were gone before we knew it, and only God knows why.
When God called you to rest, you did not go alone,
For part of us went with you, the day God called you home.
Read Less

To send flowers to the family or plant a tree in memory of Matthew "Matt" Mitchell, please visit our Heartfelt Sympathies Store.

We encourage you to share your most beloved memories of Matthew here, so that the family and other loved ones can always see it. You can upload cherished photographs, or share your favorite stories, and can even comment on those shared by others.

Posted May 22, 2021 at 05:16pm
Oh Matthew, where do I begin...you were so kind, sweet, and loving. Always willing to drop everything and help a friend in need. I missed your call on May 7th and I will forever regret it. You are finally at peace. I’m so heartbroken I just found out about you going home. You hold a special place in my heart and I will forever keep your family in my prayers.
Comment Share
Share via:
SB

Posted May 15, 2021 at 08:28am
To The Family of Matthew Mitchell on behalf of Latasha Corbin, I Sharon L Ballard and Sending My Prayers as Heartfelt Condolences to The Family. I Pray for God to Ease The Burden, Painful Circumstance that You are Facing. Please Trust God knowing that His Only Begotten Son Jesus is Still Performing Miracles and Healing Broken Hearts. We Don't Always Understand Why. But God knows What He is doing. God Bless you and I will Continue to Pray for You All. Tasha Believe Me when I Tell You Jesus Is Able to Do Anything. I love you and I am Praying for you and The Family.
Comment Share
Share via:
SC

Posted May 13, 2021 at 07:41am
Our deepest sympathy - Matthew will be greatly missed by the SW-Crisfield team. Our thoughts and prayers are with his family.

Posted May 11, 2021 at 04:37pm
On behalf of the Sherwin Williams family in Crisfield, our deepest sympathies for the family and friends of Matthew Mitchell. Matthew was a wonderful and valued team member in Crisfield and will be missed greatly. The family is in our thoughts and prayers. Rest in Peace Matthew
Comment Share
Share via: 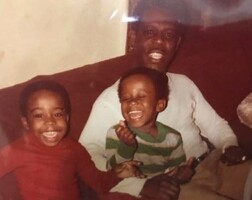 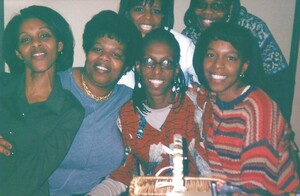 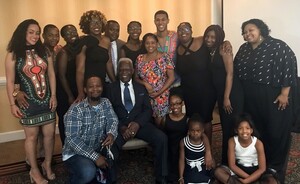