To share your memory on the wall of Franklin Trader, sign in using one of the following options:

“Butch,” as he was affectionately known by family and friends, was educated in the public schools of Accomack County, Virginia. He worked in many industries over the years, but found his true passion in truck driving. He began his career in trucking at Lance Fisher Trucking, Inc. in Saxis, Virginia. Butch was most recently employed by K & J Trucking until his health began to fail. He dedicated over fifty years to the trucking industry.

To send flowers to the family or plant a tree in memory of Franklin Josephis "Butch" Trader, please visit our Heartfelt Sympathies Store.

We encourage you to share your most beloved memories of Franklin here, so that the family and other loved ones can always see it. You can upload cherished photographs, or share your favorite stories, and can even comment on those shared by others.

Posted May 28, 2021 at 04:04am
I have very fond memories of uncle butch ( Va favorite son ) . He was my babysitter at dreamland drive thru , we rode across country in the 80’s . He’s influenced on my life is
undeniable . Rest easy Unk. I’ll see you again..
Hammer down .
Your nephew
Mikey ( knight hawk)
Comment Share
Share via:
FG

Posted May 26, 2021 at 10:18am
I remember Franklin as a man who loved his truck driving and was committed to do a good job. It was always joyful when I saw him at my work or would see him in a local restaurant. We'd talk about the "greasy spoon" restaurants along the roads he traveled, and how hard it was to manage those comfort food choices and healthy eating. God bless you Franklin, on the streets of hold in your eternal home, you don't have to make those choices anymore. Prayers of comfort for his family and friends., With blessings, Miss Faye
Comment Share
Share via:

Posted May 24, 2021 at 07:16pm
Butch you will be missed we use to talk all the time about this or that i will miss you old friend and familybut you go ahead and take you rest you earn it rest easy until we meet again
Comment Share
Share via: 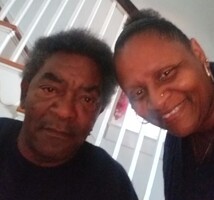 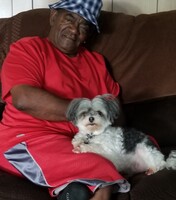