To share your memory on the wall of Wallace Drummond, sign in using one of the following options:

Print
Wallace Lee Drummond, beloved son of the late George and Louise Drummond, was born on January 10, 1942 in Bullbegger, Virginia. He departed this life on May 22, 2021 at TidalHealth Peninsula Regional in Salisbury, Maryland.

Wallace recei... Read More
Wallace Lee Drummond, beloved son of the late George and Louise Drummond, was born on January 10, 1942 in Bullbegger, Virginia. He departed this life on May 22, 2021 at TidalHealth Peninsula Regional in Salisbury, Maryland.

Wallace received his education in the Accomack County Public Schools. He drove truck for Lance Fisher Seafood for several years. He later drove for H. W. Drewer & Son for over thirty years and later at Perdue Farms until his retirement. Upon his retirement, he ventured into entrepreneurship and established Drummond Trucking.

Wallace confessed his life to Christ at an early age and attended St. John Independent Church in Messongo, Virginia.

In addition to his parents, he was preceded in death by his wife, Margaret Dorsey Drummond; three brothers, Leonard Drummond, Abraham Drummond, and Stanley Drummond; and one sister, Beatrice Drummond Palmer.

To send flowers to the family or plant a tree in memory of Wallace Lee "W.D." Drummond, please visit our Heartfelt Sympathies Store.

We encourage you to share your most beloved memories of Wallace here, so that the family and other loved ones can always see it. You can upload cherished photographs, or share your favorite stories, and can even comment on those shared by others.

Posted May 26, 2021 at 04:31pm
Goodbyes are not forever. Goodbyes are not the end. They simply mean we will miss you, until we meet again. Keep on trucking, the Fuelman. Don Geiger & Jean.
Comment Share
Share via:
DG

Posted May 24, 2021 at 10:46pm
GOD BLESS to you Bro. Drummond. Travel on BROTHER, Travel on. For your work here is done. Again,GOD BLESS .⛟⛟⛟
Comment Share
Share via: 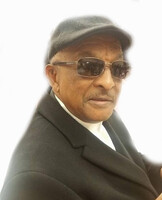 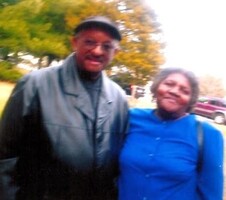 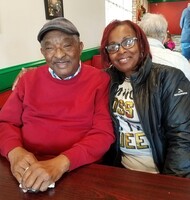